Get fresh music recommendations delivered to your inbox every Friday.
We've updated our Terms of Use. You can review the changes here.

from 1999 by Noize Creator Epik 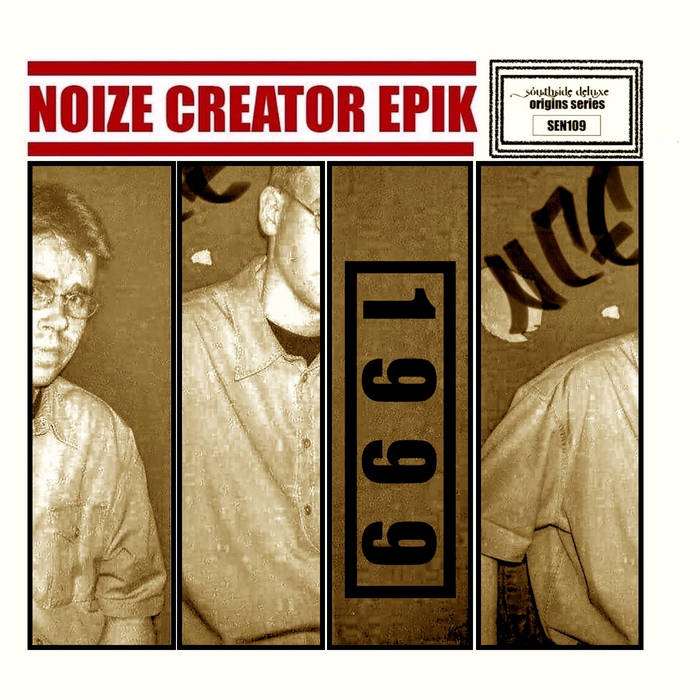 I hear the gods play games with the fates of men,
and now indeed if it was written then let it be amen,
but I choose to question, those who attempt to organise
when freedom of religion equates to free enterprise,
I've seen a man of forty spit hate at a girl of sixteen,
screaming "ya dirty tarrier bitch, ya taig, epitome of fenian",
when he's in his bed he says he'd proud to be a prod,
wearing a sash of orange when he goes to meet his God,
institutional fraud is what this man was representing,
hidden behind walks and colours
is centuries of meaningless hating,
debating which it the true for of Christianity,
but who are they to argue who don't worship with regularity?
Irregularity and gaping holes are everywhere in their argument,
handed down from father to son causes hatred to augment,
emergency is imminent for liturgy,
for clergy read clerical, it's hysterical,
any man who wish to disagree please make a stand
because it's easy to dismiss before you witness first hand,
defend apologies made fifty years after genocide,
tell that to the millions of souls who couldn't run and hide,
you label a whole race as filth makers,
then in the next sentence expect respect for concepts of creator?
No room for debate or uncommon decency to listen,
bigotry and racism masquerading as religion...

Now conversation as a means to an end I defend,
we can differ in opinion with no challenge for a duel my friend,
I think you misread my stance on the matter,
I don't claim to be authoritive or any kind of master,
but I object to the idiots that pose as wise men,
those that regurgitate the fables that have been drummed in,
why are you walking round, talking like a stranger is your foe,
just cos this man, and that man have been telling you so?
Out you go, out the door with that bizarre type of reasoning, mister.... what's your views on the streets preaching?